Natasha and Raquel (3rd ESO) tell us about «A Monster Calls»

Raquel Rego and Natasha Sakc, 3rd ESO, have read A Monster Calls in English. Their experience has been very interesting, since this book is awesome and reading it in the original words adds intensity to the event.

I started reading it because…

First, I started reading it in a Spanish version a few weeks ago, when I was ill at home. I loved the story so I went to the cinema with a friend to see the film. Then, when the teacher asked me if I would like to read it in English I accepted because I think it is the best book to start reading in English.

My favourite character is…

I think one of the best characters is Conor´s grandma. I like her because, as Conor said, “she doesn´t look like a normal grandmother.” She seems to be a strong woman, who learned how to take care of herself alone. The character looks like a very sensible woman who had to help her daughter and her grandson, trying to be as strong and as brave as they needed her to be.

This book talks about some of the most sensitive problems a family can suffer. The plot talks about the illness of the main character´s mother.

If we just talk about Conor, we have to talk about his school problems and his poor relationship with his father, who lives in another country with his new family.

Conor deal with his problems talking and listening to the monster´s tales, tales that really help him.

I really liked this book because it’s about a little boy who faces his mother’s cancer and he also suffers from bullying at school, and in some ways it’s inspiring.

First of all, I have to say that I read this book thanks to Piedad, my English teacher, who gave me the chance to read it during the lessons.

While I was reading it I felt so sad, because Conor made up an imaginary character, a yew tree, who came to life whenever he needed it. I also felt so angry when Harry and Sully were mean to Conor, and when he was treated differently because of his mom’s situation.

I would recommend it to someone who likes this type of book and also because it has a great message, never give up even when it seems difficult. 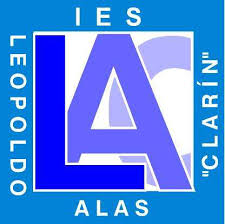